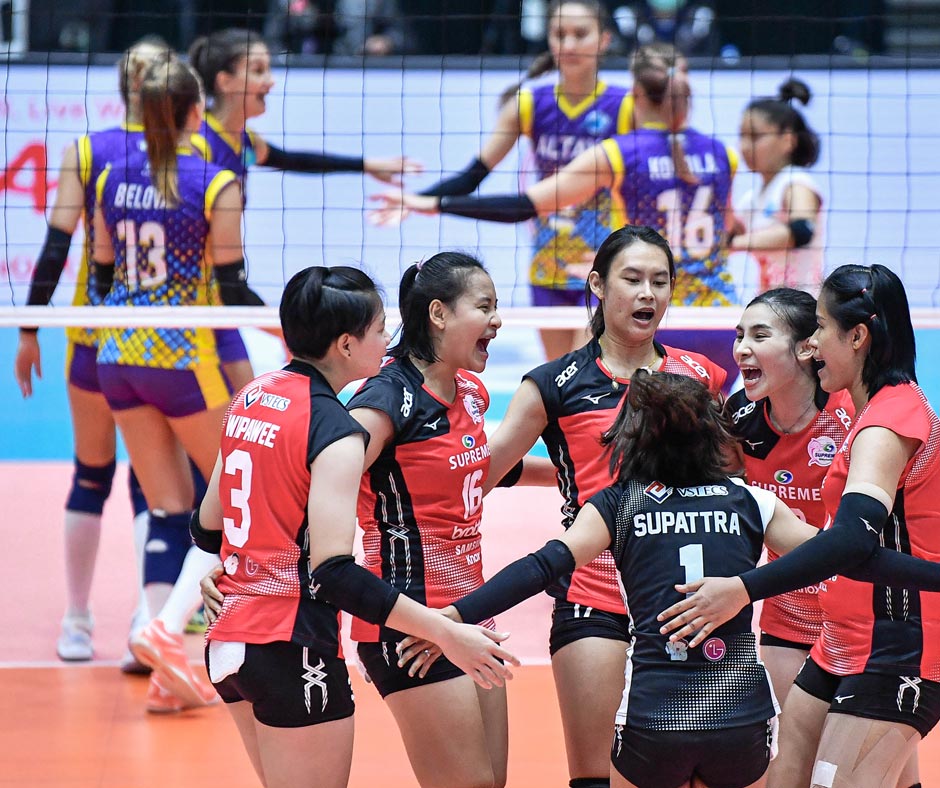 Altay on Sunday performed brilliantly to overpower Supreme Chonburi in straight sets 25-23, 25-12, 25-14 to claim Pool B. Altay are due to take on the team finishing fourth in Pool A in the Monday’s cross quarterfinals, but since Pool A featured only three teams, Altay will receive a bye and be through to the semifinals.

Against Altay, Supreme Chonburi found it difficult to maintain their form and could not cope with the well-organised Altay’s tactics in the first set, which they went down nail-biting 23-25. With their confidence boosted after the first set win, Altay continued consistency to comfortably win the second and third sets 25-12, 25-14.

Sana Anarkulova chipped in with 21 points for Altay including 18 attacks from 26 attempts and team-mate Nadiia Kodola assisted with 10 points. Waranya Srilaoong led Supreme Chonburi with 8 points.

Following the loss, Supreme Chonburi ended the pool plays with 6 points from two wins against one loss to finish second place in Pool B. They will next take on Choco Mucho, the third-ranked team in Pool A in their quarterfinal match on Monday.

“Before the match, we expected a tough game. We did not expect 3-0 because Supreme are a strong team and in the history of the Asian Women’s Club Championship, we could never beat this team. This is our maiden victory against this strong team. My players were so brave today. After the first set, they came to believe into beating them. We have two more days to focus on the semifinals,” Altay head coach Marko Grsic from Serbia said after the match.