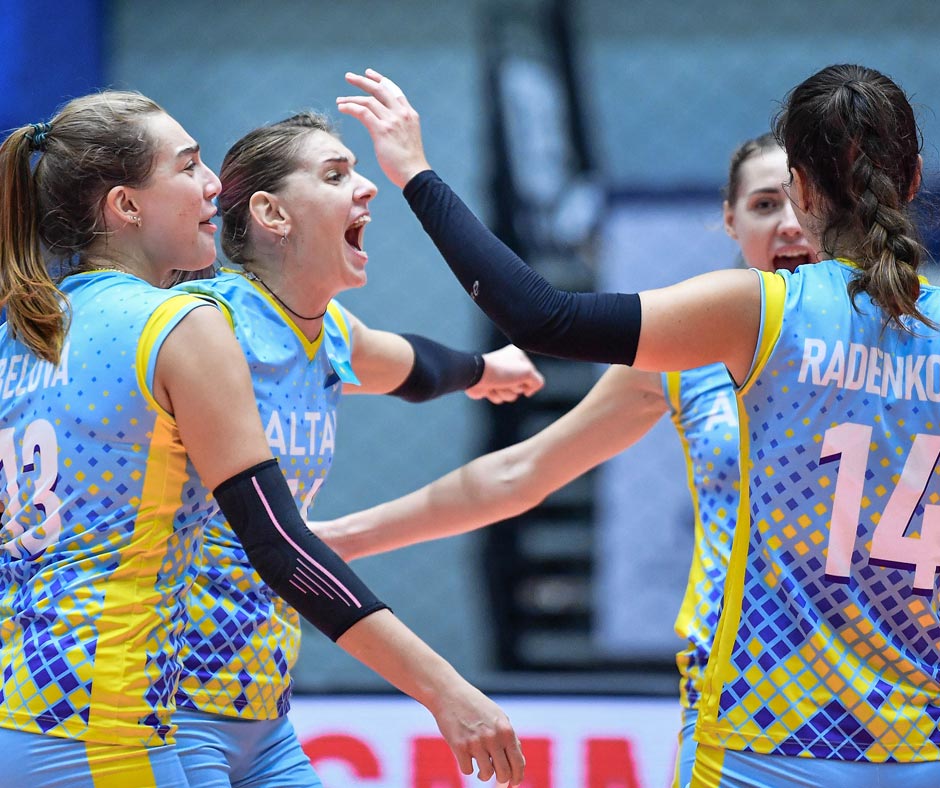 Splendid teamwork, offensive combinations and determination have been regarded as the key points of Altay from Kazakhstan for the Thursday’s exceptional victory against the Thais.

Altay got off to a solid start in the first set, which they performed superbly to seal the hard-fought set 25-22 against the Thai outfit. In the second set, both teams capitalized on their power and speed at the net, but the strong visitors, with more experienced players, remained in superb form up to their standard to foil the rivals’ fightback attempts. Altay took the hotly-contested second set 25-22 to stretch the lead to 2-0.

Hoping for a comeback, the young Thais showcased their hidden talents and skills beyond their age in the third set. The host side upped their tempo to take a commanding lead 6-1. At halfway, as Nakhon Ratchasima tried their best to keep the margin wide, Altay flexed their muscles and stormed on their fantastic combination plays to leave the Thais behind 20-16.

Despite attempting to regain their form, Nakhon Ratchasima found Altay uncatchable as they came up with ebullient power and concentration in a surprising degree. Altay clinched the third set 25-20 and the championship.