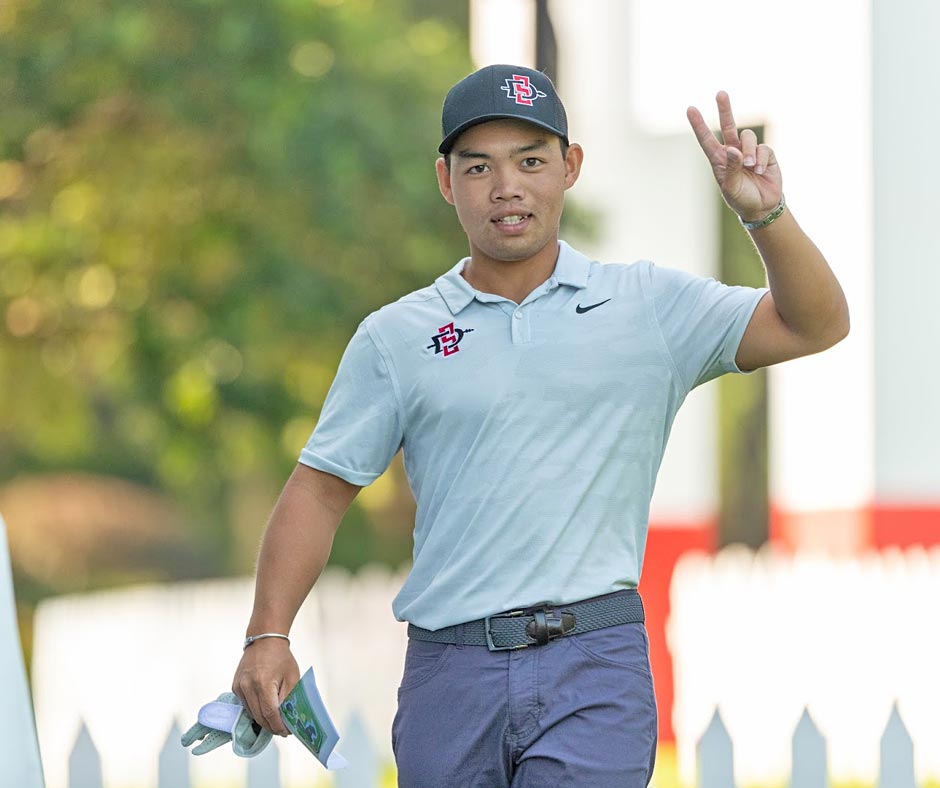 DUBAI: Many of the finest players in the region will battle it out for the coveted Asia-Pacific Amateur Championship (AAC) crown when the 12th edition of the championship is contested at Dubai Creek Golf & Yacht Club, November 3-6, 2021.

Japan’s Keita Nakajima and China’s Yuxin Lin are two of the most compelling stories at this year’s event. Nakajima will be entering the championship as the reigning No. 1 player in the World Amateur Golf Ranking (WAGR), while the two-time AAC champion Lin aims to surpass 2021 Masters champion Hideki Matsuyama (2010, 11) and become the first player to win the title three times.

However, with the region attempting to emerge from the COVID-19 pandemic which denied many players competitive action for a long period of time, the field will be hungry to make its mark in the Asia-Pacific region’s most integral amateur championship. And then there is the big motivation – a dream invitation to the 2022 Masters and the 150th Open Championship at St Andrews.

Following are five players who are certain to have a say in this year’s championship.

The 21-year-old becomes only the fourth active WAGR No. 1 player to compete in the AAC, joining Matsuyama, Japan’s Takumi Kanaya and Australia’s Curtis Luck. He took over as the top-ranked amateur in the world when Kanaya – his compatriot, best friend and 2018 AAC champion – turned professional.

The Tokyo-based Nippon Sport Science University student is making his fourth appearance in the championship and aims to finish better than his tie for second place in 2018. With amateur golf coming to a standstill in the region, he has relied on playing against the professionals on Japan Golf Tour since the beginning of 2020, winning once at the Panasonic Open, finishing inside the top 10 three times and recording two top-20 finishes.

Known for his fearless approach on the golf course, Nakajima famously decided to hit his driver on every par-4 and par-5 holes in a couple of tournaments.

Earlier this year, the Mark McCormack Medal winner said his big goals for 2021 were to win a professional golf tournament as an amateur and win the Asia-Pacific Amateur title and follow in the footsteps of Hideki Matsuyama and Kanaya. He checked the initial box with his victory in the Panasonic Open, as he became just the fifth amateur to win an event in the history of that professional tour. He will excitedly attempt to accomplish the second feat at Dubai Creek.

The recent form of the 21-year-old University of New Mexico senior, who is majoring in communications, is sending a clear message to the fans that the AAC this year is much more than a Nakajima-Lin fight.

In five events between May and July this year, Choi won the New Mexico-West Texas Amateur and Maridoe Amateur Championship, and finished runner-up in the Mountain West Conference individual championship and the Pacific Coast Amateur, advancing to a playoff in both events. In his last two events, the Wolf Pack Classic and the William H. Tucker in Albuquerque, he finished in a tie for runner-up.

This marks Choi’s first appearance in the AAC, and he will be bidding to end a long drought for his country. If he makes it to the podium on Saturday, Choi will become the third Korean champion after Han Chang-Won in the inaugural 2009 edition and Lee Chang-Woo in 2013.

The defending champ – a winner in Wellington in 2017 and Shanghai in 2019 – will not only be looking to hold on to his crown and become just the second player after Hideki Matsuyama to repeat as champion in AAC history, he will also attempt to better the Japanese legend and win the AAC title for a record third time.

This marks Lin’s fifth start in the championship, and after finishing tied for 21st in his debut appearance in South Korea (2016), his worst finish was a tie for ninth place in Singapore in 2018.

With the Beijing-born Lin’s ability to bring out the best in his game at AAC, the University of Florida southpaw will always be counted among the pre-championship favourites.

Despite producing several professional players who have made a mark for themselves on the world stage, Thailand has yet to have a player raise the trophy at the AAC. One of the major reasons often offered for this is that Thai players tend to turn professional at a very early age.

Not Anupansuebsai though. The 22-year-old, a senior at San Diego State University, decided on a full college career, and is in prime position to add Thailand to the championship’s annals.

A two-time member of the International Team in the Arnold Palmer Cup, he won all three of his matches in 2021. Across a six-week stretch of college golf in April through May this year, he won twice and finished second in two other starts.

Standing 5 ft. 3 in., Anupansuebsai packs a punch in his slender frame, but make no mistake – he is ready to reach tall heights.

While the 17-year-old Indian may not be ranked as highly as some of his fellow competitors, he has a unique edge over the field – born and raised in Dubai, Gupta has the best local knowledge of the field on how to tackle the course at Dubai Creek Golf & Yacht Club.

Gupta won the Abu Dhabi Amateur Championship in December last year, which earned him a place in the European Tour’s Abu Dhabi HSBC Championship. He also participated in the U.S. Junior Amateursthis year and reached the round of 16.

Interestingly, Gupta’s twin sister, Natalii, has been nominated by the Emirates Golf Federation (EGF) to play under the UAE flag in the Women’s Amateur Asia-Pacific, which is being held the week after the AAC in Abu Dhabi.