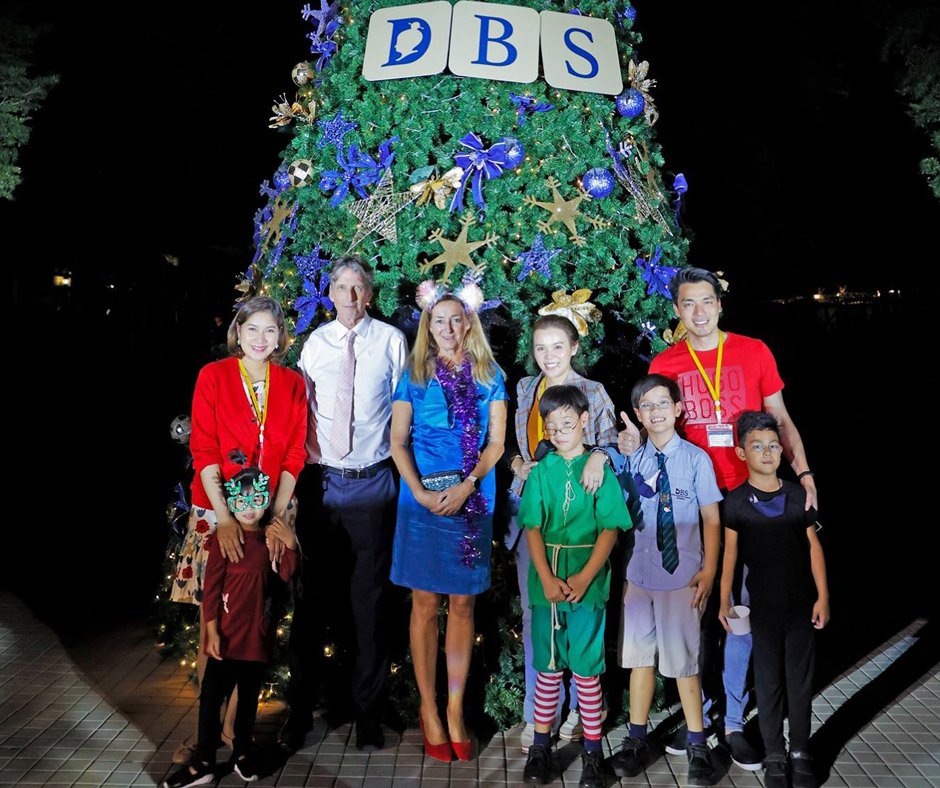 DBS Denla British School, an international school which bases its curriculum on the British independent school model from the UK, under the Denla Group, once again emphasizes its unique British identity by hosting extravaganza Christmas celebrations, including the Christmas Tree Lighting Ceremony and the Christmas Fair on the school’s campus. In addition, DBS will also be sharing its festive happiness with the surrounding community by donating money to charities to help those in need.

The DBS community of students, teachers, parents, and staff held a Christmas Tree Lighting Ceremony for the very first time. The event featured a Christmas-themed drama play, musical performances from the DBS orchestra and choir, culminating in a Christmas Tree Lighting Ceremony, conducted by the Principal Mark McVeigh, and the Well-being Manager Lisa McVeigh, with the rest of the DBS community singing “We Wish You A Merry Christmas”, reinforcing the harmonious community of the DBS family.

Joyous festivity and happiness continued with the DBS Christmas Fair, which has been organized for the third year, but with an expanded program of amusement rides on the campus, menus served by food trucks, students’ musical performances, and the raffle prizes. The raffle is a British tradition of raising money for charity by selling numbered tickets that are drawn at random to win prizes. DBS will donate the revenue to charity and foundations in Nonthaburi province, namely Rainbow House – for children with disabilities in Pakred, Wat Singthong School, and the Aomgred Community Hospital.

DBS currently occupies an area of 60 rai (approx. 24 acres), which is considered one of the largest international schools in Thailand. Teaching is based on the British independent school curriculum. It is reputed to be the best curriculum in the world as it focuses on encouraging students to discover their talents through intensive academic learning and a wide range of creative and diverse activities from an early age. DBS is now accepting applications for students from the Pre-EY-Y10 level (or equivalent to students aged 2-14 years), with scholarship opportunities for Year 3 (students aged 7 years) and above. For more information, please call 0-2666-1933 or email admissions@dbsbangkok.ac.th.