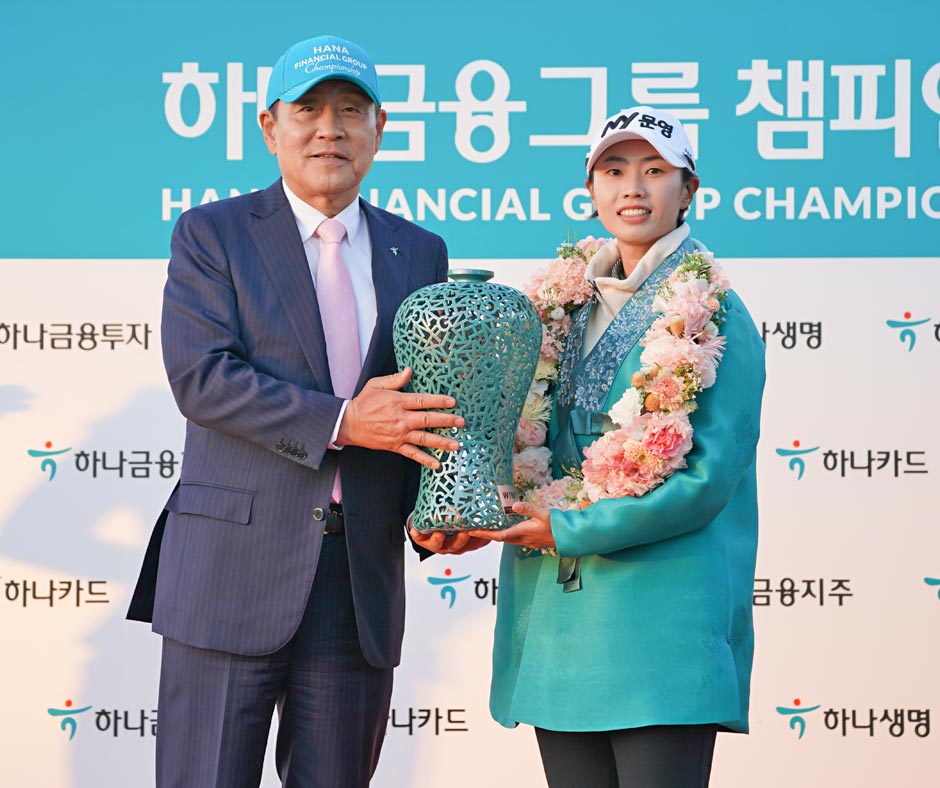 The prestigious Hana Financial Group Championship is back for its second edition and for the first time since the start of the COVID-19 pandemic in South Korea, international golfers will be welcomed back to the tournament, which gets underway at the Adonis Country Club in Pocheon, Gyeonggi-do, from September 30 – October 3.

The tournament has already confirmed the participation of several of the world’s leading women’s golfers, including New Zealand’s Lydia Ko, Tokyo 2020 Olympic Games bronze medallist, world number 10 Minjee Lee of Australia, who clinched her first Major title in France in July, and American Yealimi Noh, who made her Solheim Cup debut earlier this month.

In line with the KLPGA’s “Vision 2028” and “Leap Towards Global No. 1 Tour” ambitions and as part of its ‘Asia Prospects’ campaign, Hana Financial Group is also extending its invitation to promising Asian young golfers from Singapore, Thailand and Malaysia to compete in the tournament.

This campaign provides the new generation of emerging female golf stars with the opportunity to compete in an international tournament amid the COVID-19 pandemic, which has scuppered the sporting schedules of many international events in Asia.

Apart from showcasing world-class golf action, the Hana Financial Group Championship is committed to being an eco-friendly golf tournament with environmental, social and corporate governance (ESG) values that align with the group’s ‘Big Step For Tomorrow’ campaign.

A variety of recycled and eco-friendly products will be introduced to ensure the tournament remains at the forefront of sustainability efforts. In collaboration with local Korean designer Ha-neul Kim, plastic vases will be upcycled using scrap material and defective masks, thrown away at factories.

The vases will be used as tee markers for each hole, conveying the message that ‘trash can be recycled, and new life can emerge. These vases will then be distributed to participating players, reiterating the importance of ESG practice.

As part of its recycling efforts, major equipment and tools used throughout the tournament, such as advertising boards and fences, will be re-used for the Hana Bank Invitational, held from October 21.

Other charity opportunities at the tournament include the ‘birdie’ and ‘eagle’ donation holes, where players commit a certain amount of money for every birdie or eagle they record in selected holes. There will also be a fun ESG golf quiz game featuring the tournament players set to air on Hana Financial Group’s official YouTube channel, ‘Hana TV’.

The Hana Financial Group Championship will be held without spectators, and stringent COVID-19 management measures will be in place to ensure it remains safe for all involved. Mask wearing is mandatory, and all players and officials must maintain strict social distancing. Players who enter the tournament venue must submit their COVID-19 PCR test result within 72 hours of their first visit to the tournament venue.

As part of its measures, the ‘Hana Total Management Platform’ has also been developed to record visitors’ body temperatures during QR check-ins to the tournament venue. These records will be privately stored and used for future tournaments. It can efficiently manage the flow of visitors while building a secure database.

Hana Financial Group Championship Tournament Director, Paul Park said: “Being the first international tournament in Korea since the Covid-19 outbreak, the Hana Financial Group Championship has taken thorough and extensive precautionary measures to ensure the safety of the players, caddies, and event officials. In particular, a separate hotel and shuttle bus has been prepared to be exclusively used for players coming in from overseas.

“As the second tournament in the 2021 LAT series and the biggest major tournament in Asia, the Hana Financial Group Championship will be broadcast internationally for golf fans to enjoy all over the world. For the future development of golf in Asia, we thank you for your interest and viewership in the tournament.”

About Hana Financial Group
Hana Financial Group has its roots in South Korea, founded in 1971 as Korea Investment & Finance Corporation, the country’s first finance company solely funded by private capital. Founded on principles of integrity and pioneering entrepreneurship, it has grown from two branches in Korea to over 840 branches in 24 countries across the globe – Korea’s largest overseas network – managing in excess of KRW 360 trillion in assets (as of December 2018). The Group envisions realising a premier financial service network, to be a market leader with greater synergy among its subsidiaries in banking, securities, credit cards, capital, and insurance. The Group has set its sights on being the world’s most trusted premier financial group driven by customer experience. This move has seen substantial investments in China, Indonesia – where it is ranked in the top 20 banks – and Vietnam – where it now owns 15% of BIDV, the country’s largest lender – as it also moves into the fintech space.
For more information: http://www.hanafn.com

About Asia Golf Leaders Forum
Asia Golf Leaders Forum (AGLF) is a non-profit organization, led by four founders Mr. Jung-Tai Kim of Hana Financial Group, Mr. Gwang-Soo Hur of Korea Golf Association (KGA), Mr. Sang-Yeol Kim of Korea Ladies Professional Golf Association (KLPGA), and Mr. Kenny Park of Simone in 2020. With a mutual understanding with the R&A and golf associations in Asia such as Taiwan, Singapore, Thailand, Indonesia, Vietnam, Malaysia, Philippines, AGLF’s mission is to unite all the Asian golf associations and create synergies to boost Asian golf to a global arena. Together with corporate partners, AGLF is working to establish and grow Asian’s own series of women’s golf by co-developing with existing tournaments or establish new tournaments in countries across Asia. R&A has put its support behind AGLF and LAT for this new milestone in Asian Golf.