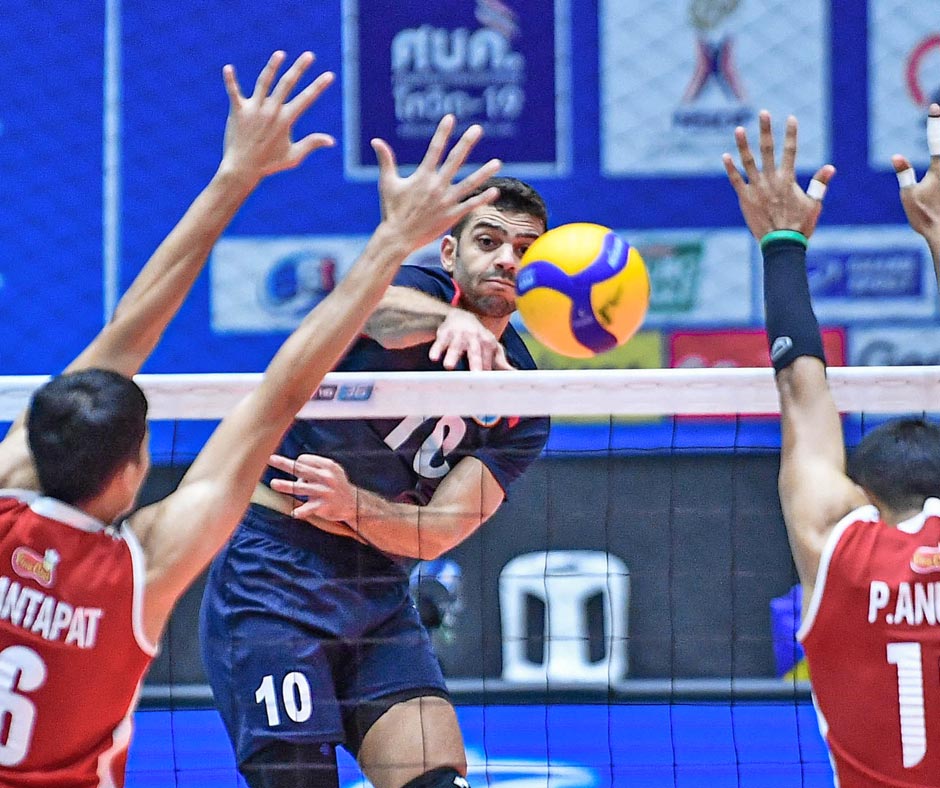 Kazma Sport Club faced a daunting task against Diamond Food to pull off a dramatic four-set win in their 5th-8th playoff match at the 2021 Asian Men’s Club Volleyball Championship at Terminal 21 Hall on Thursday.

The hard-fought 25-22, 20-25, 25-23, 25-21 win in this crucial match handed Kazma Sport Club from Kuwait, a side packed with talents including Dominican star spiker Elvis Contreras and Abdulaziz Shakir Saleem and Abdulrahman Yousif Almutawa, both of them joined the Kuwait national team at the last month’s Asian Senior Men’s Volleyball Championship in Japan, a second chance to take on old foes South Gas Club. The Iraqi side had already defeated Kazma Sport Club in close battle 2-3 in the preliminary Pool A clash earlier.

Karma Sport Club and South Gas Club will fight it out in the 5th-6th place in a revenge clash on Friday, the last day of the one-week-long competition, while Dimond Food will challenge AGMK, the team they had already beaten 3-2 in the pool plays earlier, for the 7th position in this Championship.

“In some moments, we faced problems on service reception. The Diamond Food players are very agile and quick. We have to face South Gas Club of Iraq again and that would be a hard match as we lost them last time in the preliminary round,” Kazma Sport Club head coach Fabiano Preturlon commented after the match.